In 1905 the Oxford road rail halt was opened on the Buckinghamshire railway. It was closed in 1926 and in 1940 on the south side of the old halt the grain Silo was built, commissioned by the Ministry of Works. It was used to stockpile grain for the Second World War.

The building has one centre column with seven floors. The grain was collected at the bottom, dried with the heat from a large boiler and transported up through the central column, where on the top floor it was distributed out to the individual storage silos at each side. This was done using a system of large lead screws and moveable feeders to guide the grain through shafts into the silos.
The silos either side of the central column floated, allowing them to move with the mass of grain as they became full.

This was an interesting explore. From the water filled basement and the old boiler room, to  the office complex  with its control room, up through the floors of the central column with its grain transporting equipment and out onto the roof with its breathtaking views of the surrounding area.

The silo was closed in the 1980s and its future as a local landmark has come to an end it has been demolish to make way for a new Oxford Parkway railway station, the first trains will run from the station in the summer of 2015. 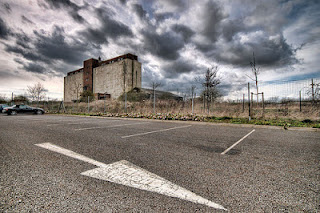 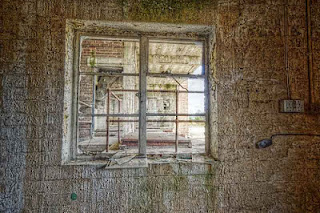 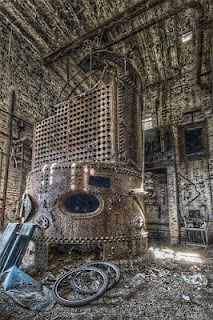 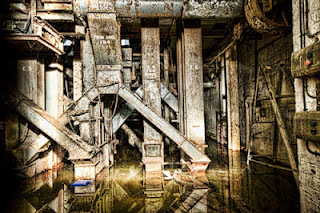 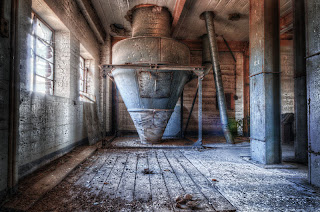 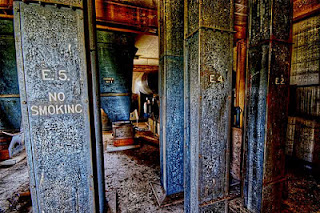 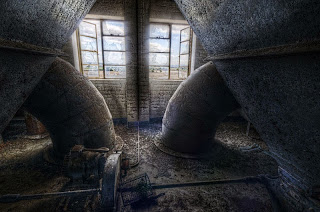 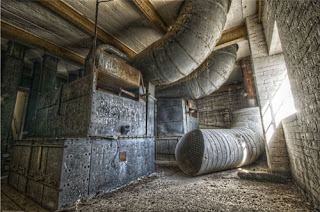 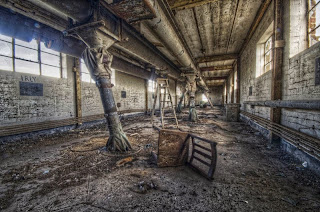 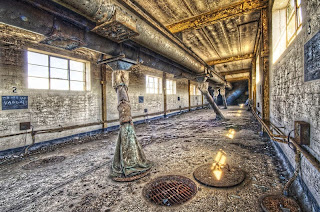 Take Nothing by Jeff Coles ARPS DPAGB | Make Your Own Book
Email ThisBlogThis!Share to TwitterShare to FacebookShare to Pinterest

Thanks for leaving your comments its always appreciated.

Find me here too